WHAT ARE INFLAMMATORY SKIN DISEASES?

The host defense system of the skin is composed of (1) a barrier, (2) innate immunity, and (3) acquired immunity. Inflammatory skin diseases can be classified into one of the disorders of these layers of the defense system, unless there is an ordinary response to specific infectious agents or internal/external injury¹

Contact dermatitis has a chronic evolution. The allergic form affects about 5% of men and 11% of women in industrialized countries²

WHAT IS ATOPIC DERMATITIS?

Atopic dermatitis is a chronic inflammatory disease that results from complex interactions between genetic and environmental factors. An altered composition of the stratum corneum is responsible of the xerotic aspect of the skin, and predisposes to a higher permeability to allergens and irritants²

WHAT ARE THE TREATMENT OPTIONS FOR THE INFLAMMATORY SKIN DISORDERS?

Your doctor will suggest you the proper treatment according to the type of your skin disorder and its severity. Moisturizers and topical corticosteroids are considered as first line approach in inflammatory skin disorders. On the other hand, a new generation of so-called “biological drugs”, targeting molecules and cells involved in the proinflammatory immune response, has been designed and introduced in the clinics during the last decade. These biological agents are bioengineered proteins such as chimeric and humanized antibodies, and fusion proteins²

Furthermore, natural drugs from plants, are gaining popularity because of several advantages such as:

For these reasons,  several plants have been investigated for treatment of skin diseases ranging from itching to skin cancer³ 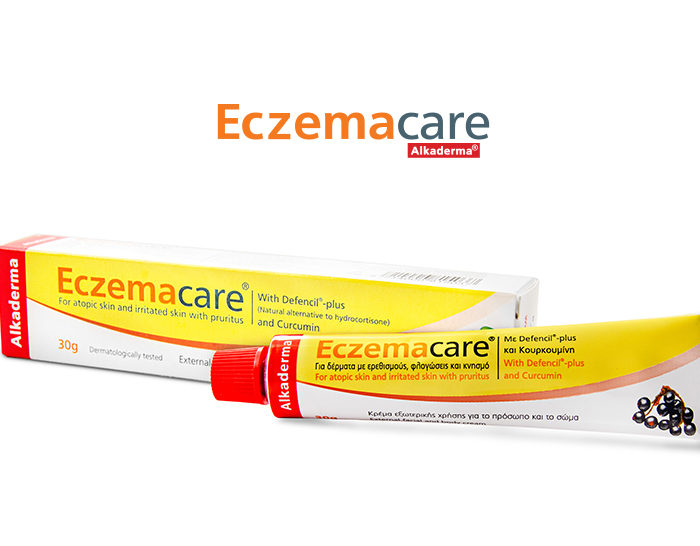 ALKADERMA ECZEMACARE® Eczemacare® is a specialised cream for skin prone to irritation and itching or inflammation. It helps strengthen the skin barrier, with a composition that does not stimulate itching and erythema in skin diseases such as eczema / atopic...

END_OF_DOCUMENT_TOKEN_TO_BE_REPLACED
We use cookies to ensure that we give you the best experience on our website. If you continue to use this site we will assume that you are happy with it.OkPrivacy policy